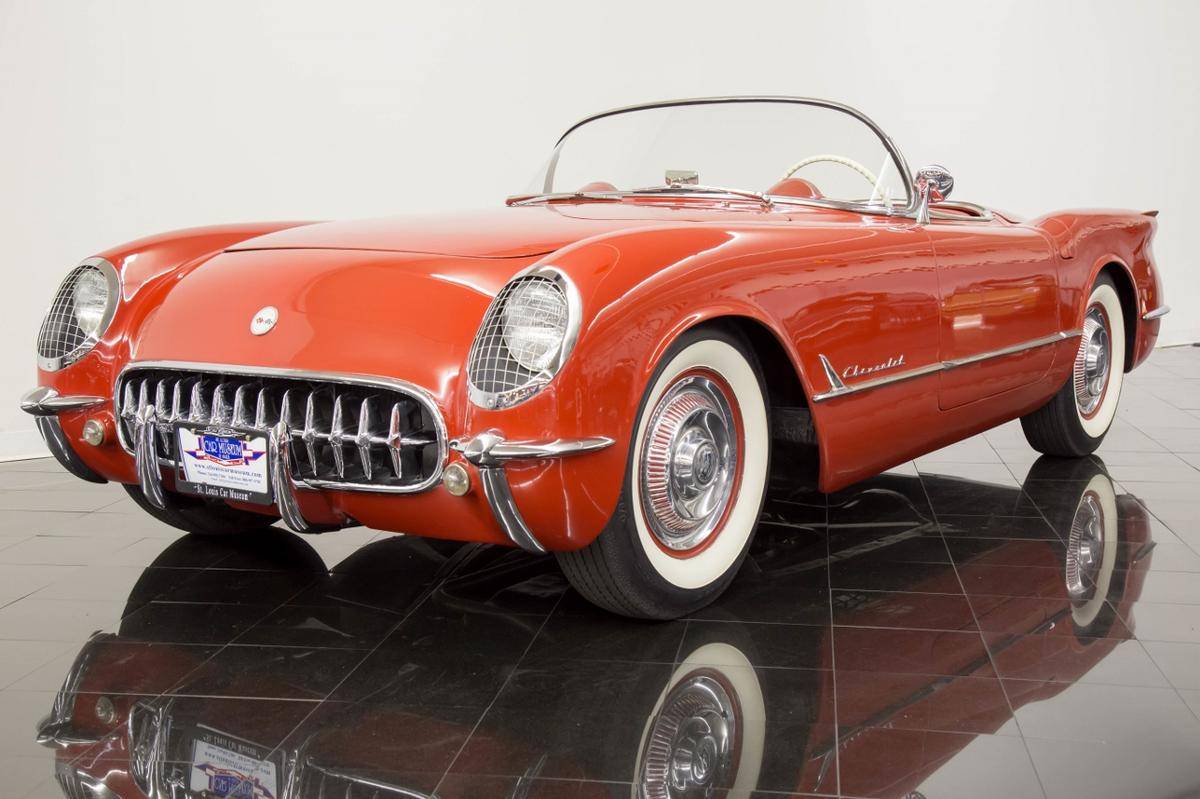 An all-American classic, the Chevrolet Corvette has held many jobs over its illustrious career, including pace car for the Indianapolis 500 (thirteen times), endurance racecar (in Daytona, Sebring, and Le Mans for instance), NASA sponsor (Chevrolet set up a program that allowed astronauts to purchase slightly used Corvettes at a low price), and movie star (appearing in Transformers: Revenge of the Fallen and Transformers: Dark Side of the Moon as the character “Sideswipe”).

Once made in Flint, Michigan and St. Louis, Missouri, the Corvette now calls Bowling Green, Kentucky its home, and has been given the title “Official Sports Car of the Commonwealth of Kentucky.” Named after a warship with later designs inspired by Mako sharks, the Corvette has evolved over seven generations to become one of the most beloved sports cars in America.

This particular one came up on Hemmings a while back out of St Louis for just under $80k. Dig that Sportsman red exterior matched with red vinyl interior!

“In 1951, the initial seed was planted at GM by the legendary Harley Earl, creator of the GM Art and Color department which was the predecessor to automobile styling departments around the world. Although essentially classified as a Harley Earl design, the first Corvette was actually sketched up by a young stylist named Bob McLean for the 1953 Motorama. Over the next several months the Corvette quickly took shape in the form of a clay model in late 1952 and shortly thereafter, a running prototype finished just in time for the show. By the end of 1953 the first production Corvettes rolled off the “line” in Flint, Michigan, essentially hand built cars, the 1953s are the rarest of all Corvettes with only 300 units produced. In 1954, production moved to St. Louis, Missouri to a new facility capable of building hundreds of cars per month. Although people loved the new Corvette, 1954 sales were slow and more than 1,100 units still sat on showroom floors at the end of the model year! Faced with sluggish sales, GM’s top brass panicked and almost ended Corvette before it had a chance to get started. The introduction of the V-8 in 1955 saved the Corvette and breathed new life into the model, sales rocketed and the legendary automotive milestone was assured a bright and prosperous future.”

For more from Hemmings, find them indexed in our vehicles, trucking and RVing directory. You can search for the company’s name and look for suppliers and dealers in an area near you by looking at our regional headers. And to see more Cars, click here.