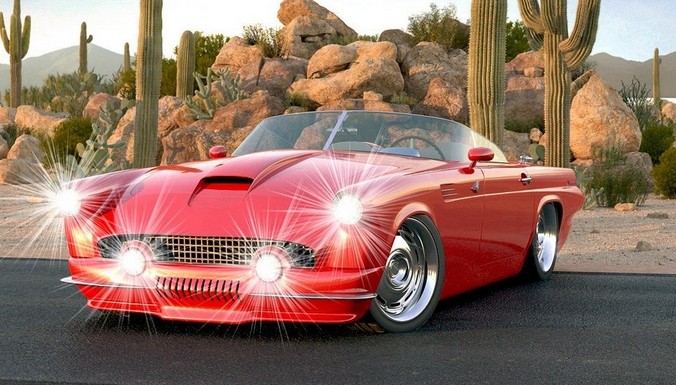 A new Ford Thunderbird? 50 years have elapses since the first Thunderbirds were rolled off the assembly line, but their popularity hasn’t let up, with 11 generations in total.

And with the popular continuance of other muscle cars like Mustang, Camaro, Charger, why not another T-Bird? It only makes sense. And there are rumors from industry insiders, as well as ongoing designs that keep coming out, since the last Ford Thunderbirds were released in 2005.

The main question seems to be the market. Ford could build a new T-Bird easily on the existing Mustang because the new Mustang has an independent rear suspension – necessary for luxury and performance consumers. But would people buy it?

The design is probably the most key here, so we’re sharing a few of the looks proposed. The last 2005 Thunderbird was not overwhelmingly popular, and people tended to refer to it as “cigar-shaped” and not exactly as modern as they’d like.