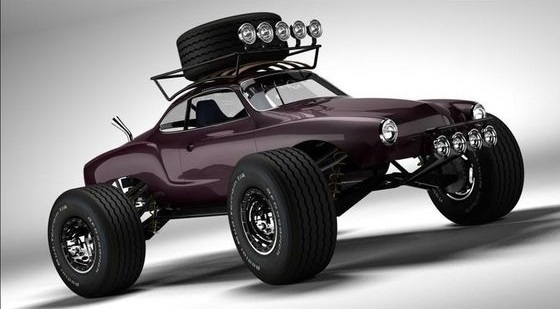 Actually these have competed in the Baja 1000 races (various particular Ghias), including one that came up for sale recently on 401 Dixie Volkswagen. It’s the orange one with the #3 in the photo gallery “[T]his VW coupe is said to have been prepped for off-road racing in the late 1970s. It received some substantial suspension modifications, the quite necessary oversized tires, skid plate, cut fenders, and a hearty racing motor to propel it. And if that weren’t grin-worthy enough, it allegedly competed at the 1979 and 1981 Baja 1000.” We put a bug in there too for comparison and good measure.