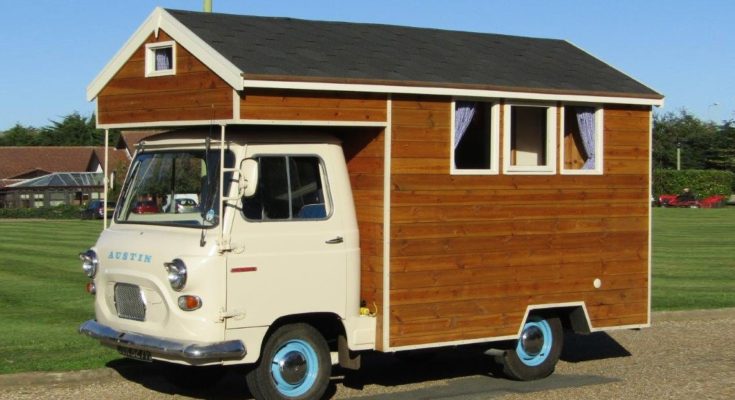 There are RVs, and then there are RVs. This is something you won’t see every day, and actually its the first one we’ve ever seen. It’s from the 70s, it’s an Austin, and it’s a camper home on wheels.

This one came up for auction recently, and although it’s not an RV motorhome most people reading this will be able to swing by and pick up (because it’s in Norfolk, England), it’s interesting nonetheless. It’s being auctioned by Anglia Car Auctions, though, for anyone who is in that area and wants this motorhome.

From the auctioneers: “This conversion was completed in 2016 just three months before it became a finalist in George Clarke’s Amazing Spaces Shed of the Year. It has featured in many newspaper articles, copies of which are provided. It was also invited to Carfest North and South following it’s success where they were greeted by DJ Chris Evans. Fitted with a Nissan 2.3 diesel engine. Last MoT’d in 2016. The vendor has included some photos of the rebuild.” They estimate the bid will be between 9 and 12,000 pounds.