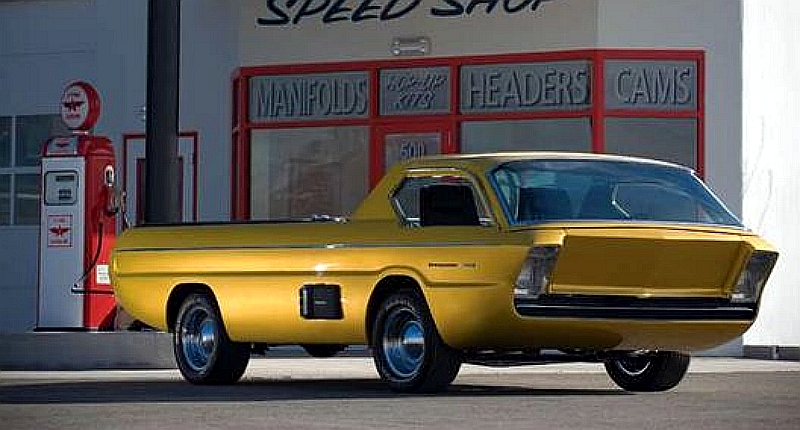 In the mid-1960’s, a custom truck was created that has lived on in automobile history, from taking part in the 50th anniversary celebration of the Detroit Autorama, to becoming a plastic model kit and one of the first Hot Wheels cars. This was the Deora, a modified Dodge A100 pickup that went from a blue collar vehicle to a glittering star.

The Deora’s creation started with two brothers, Mike and Larry Alexander. In 1964, they commissioned a designer by the name of Harry Bentley Bradley. Once the design was complete, the vehicle was taken apart and put back together in a sequence reminiscent of the creation of Frankenstein’s Monster, though this experiment would end on a positive note.

The custom vehicle was completed and then shown in the Detroit Autorama in 1967, garnering nine awards, including the Ridler award, which is named after the first promoter of the Detroit Autorama, Don Ridler. The award is given to the vehicle that wins “Best In Show” and has been awarded to deserving vehicles ever since the 12th Annual Detroit Autorama. The Autorama is also known by another name, “America’s Greatest Hot Rod Show”, which hints at the type of vehicles allowed entry: custom vehicles and hot rods only.

While most of the parts for the Deora came from the Dodge A100, it was also comprised of a windshield from a 1960 Ford station wagon. The A100 comes as a compact two-door (truck or van), with a slant-6 engine, a 3-speed transmission (either manual or automatic), and a wheelbase of 90 inches. The remodel moved the transmission and engine about 15 inches backward, and the windshield became the entryway. The Deora was painted gold, and given the name “Deora” after a contest, although it is likely that the boy who named it meant to call it “Dorado”, the Spanish word for “golden”.

The altered pickup was so popular with crowds and companies alike that Chrysler opted to lease the vehicle and display it alongside their own concept cars. After a few years, however, the Deora was sold and then re-emerged in the late 1980’s, when it was restored and used to celebrate the Detroit Autorama’s 50th anniversary. With its glittering body, futuristic design, and glowing history, the Deora is a car most likely not to be forgotten.

As a Hot Wheels car, the Deora has seen a few iterations over the years, including a mark II version that arrived in 2000. In 2003, Chip Foose was tasked with building a life-size, working Deora II for Hot Wheels’ 35th anniversary celebration. It had a Cadillac Northstar V8 engine installed. The vehicle even made an appearance on screen, as a prominent feature in the Hot Wheels Highway 35 film, as well as in various video games, including Hot Wheels Velocity X and Hot Wheels: World Race.

In 2009, the original Deora was unearthed again, and this time was put up for sale in California in an auction. It was sold to an unknown buyer for $324,500. Although it has disappeared yet again, I like to imagine that it will be brought out to celebrate the more unique visions of America’s greatest vehicle builders again, and someday soon. 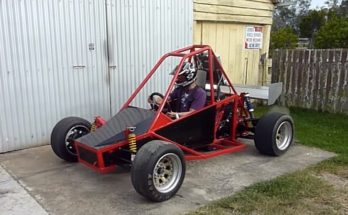 Go-Kart With A Suzuki Hayabusa Engine