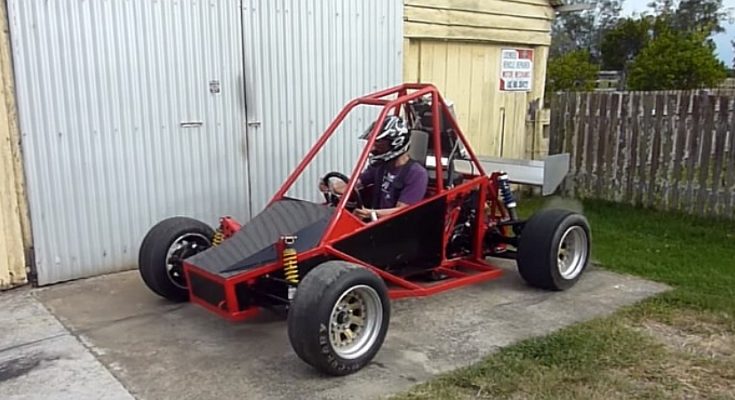 How about these hybrid vehicles, the ones created by people who dared to be curious (and sometimes foolhardy). People who traded parts of various vehicles to create their own unique vehicle, one that would stand out from the crowd and show what recreational vehicles are capable of – like the creator of the go-kart with a motorcycle engine.

If you’ve ever driven a go-kart, you know how wildly they careen around curves at the lowest of speeds. They’re simply a higher form of bumper cars, with a little more freedom. This does not deter anyone from driving them, of course, but it is a bit of a downer to buy one for yourself and then realize how slow it is once you’ve got it home.

Enter the brilliant mind that paired a go-kart with a motorcycle engine. Some background: the Suzuki Hayabusa motorcycle has been produced by Suzuki since the late 90’s as a sports bike. It is distinct in that it holds the title for fastest production motorcycle, topping out at around 186mph. There are also cars that have had this engine installed, but for the purpose of this post, we will be sticking with the smaller vehicles that have utilized this engine.

This engine was placed inside a go-kart that weighed next to nothing, so the Hayabusa engine was given almost unlimited power – very few limitations on what it can do when its cage is nearly light as a feather. It can pull some incredible tricks. You can practice drifting, off-roading, or any number of party tricks on the vehicle, like a high speed pull.

Once you get to drive something like this, however, it can be a slippery slope to take time away from it. You’ll want to plan trips based on where you want to drive the go-kart, finding ways to build a course with friends, and to show it off at rallies, races, and other events. You may even find yourself with a group of new friends, who will introduce you to the world of recreational vehicles. Hopefully you’ll have just as much fun as we had when we were growing up. 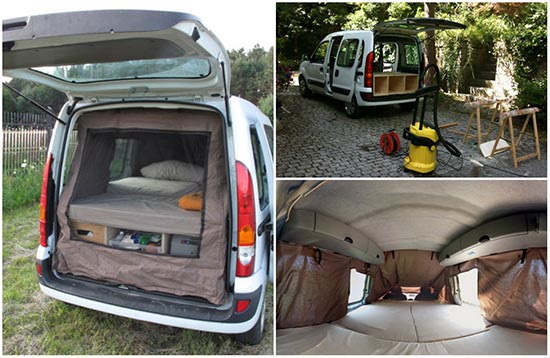 How To Build A MicroCamper